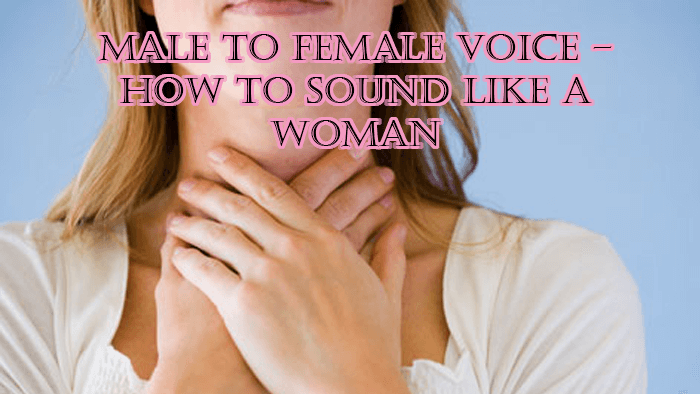 Are You a TransGender? Here are tips of male to Female Voice Changing, voice surgery or treatment training

A beautiful voice completes your journey from Male to Female. Male to Female Voice Phonoplasty is a procedure that changes the voice of a male into a female voice in order to help establish your sexual identity. After all the work you have done to achieve a feminine appearance, your voice will round out your look and make you seem that you were born in a female body you know you were meant to live in!

Women have higher-pitched voices than men because of the frequency and resonance caused by the size of the female larynx, throat, and mouth. A male voice generally ranges from 100-150 Hz and female voices range from 170-220 Hertz. Men produce low voices because they have larger throat and mouth chambers.  The good news is your male-sounding voice can be altered permanently to a female sounding voice! The size of your throat and mouth chambers can be surgically changed by a trained medical doctor who specializes in performing surgery altering the larynx, pharynx, and the chambers which produce the vocal sound.

There are 5 major methods used for Male to Female Voice Phonoplasty.

1. Cricothyrodiopexy: Cricothyroidiopexy was the most popular surgery from 1983 to 1990. This method works by pulling the cricoid and thyroid cartilages forward to a fixed position, it is considered safe because it does not require cutting of the vocal folds, however; it is not being used a lot in the United States because it requires an incision in the neck and does not provide long-term satisfaction.

2. Laser-assisted thyroarytenoid muscle resection: This surgery was proposed by the French otolaryngologist Dr. Jean Avitol in 1995, laser-assisted thyroarytenoid muscle resection uses a laryngoscope to expose the vocal folds, reduce the size of the thyroarytenoid and raise the voice frequency by increasing the tension of the operated area. The advantages are that it is done through an endoscope and does not leave a scar in the neck, however; it does have limitations in raising the pitch to a very high-pitched voice.

3. Laser-assisted voice adjustment: LAVA: Dr. Lisa Orloff of the University of California introduced this surgical method of vaporizing only the mucous membrane of the vocal folds that cause the biggest waves using a laser under endoscope. Thus, it strengthens the mucosal wave the vaporized membranes produce a scar while recovering, and increases the tension of the vocal folds. The advantages are that it is done through an endoscope and does not leave a scar on the neck. The disadvantages are that it requires a long recovery period and there are limitations in the increase of voice frequency.

4. Vocal fold shortening: This is a method that raises the voice frequency by shortening the frontal vibrating part of the vocal folds. Dr. Gross has reported in 1999 that the fundamental frequency of a voice had increased up to 201 Hz, and there was an average increase of 81Hz. This surgery can be done under endoscope without incising the neck, and it has brought very satisfactory results in long-term observations, however; it is not available for every patient. This method is currently the most widely for transsexual phonoplasty and is bringing very satisfactory results when performed with other feminizing medical treatments.

Here is the Formula of Male Breast Enlargement

As you can see, there are various methods that can be used for phonoplasty, however; you need to first check the larynx, the vocal folds, the vocal membrane wave, and the movement of the vocal folds through laryngeal stroboscopy. After a general voice check-up, it is important to predict the best voice condition and select the appropriate surgical method. It is very dangerous to perform this type of surgery without checking your voice condition first. A previous check-up must be done to predict the maximum voice condition you will be able to produce and to select the most beneficial surgical technique for your particular case.

Your voice quality is determined by your larynx, the condition of your vocal folds, the chambers of your throat and mouth, and your lips. The vocal folds, larynx, and the chambers of the throat play the most important role in creating the voice quality and timbre. Everyone will have different results based on their genetic limitation, the type of surgery they chose, and who performs the surgery, along with the other treatment options used for overall feminization.

Transsexual women have the structures and the chamber of a man,  if their fundamental frequency has been raised through vocal fold surgery, the voice becomes neuter as it passes through the chamber. However, the timbre (the resonance) can be modified through vocal treatments and voice rehabilitation by altering as the features of the chamber are self-changeable. When performed with the change in fundamental frequency, it is possible to produce a low sounding feminine voice.

The voice feminization therapy must be provided by skilled medical professionals at a facility where surgical vocal treatments are normally performed. You cannot be assured of getting great results by someone with little experience in performing voice surgery specifically for transgender people. Your voice feminization therapy should be provided by an experienced voice specialist under their expert accurate diagnosis.  Remember vocal training helps but surgery will really give your voice the female quality you want that you cannot get from simple voice training, combine the tow will give you the best and most convincing results.

We use cookies to ensure that we give you the best experience on our website. If you continue to use this site we will assume that you are happy with it.Ok